Posted by Kathy@mishmashmom at 4:06 AM No comments:

On our way to Peru last April, we had almost a 12 hour layover in Ft. Lauderdale.  We decided to get a car and explore the area.

As our flight landed at 6:00 in the morning, the first order of business was breakfast.  We love trying local restaurants and dives, and we were frantically hungry when we saw this Waffle House.  We don’t have the Waffle House chain in Utah, so we decided to try it.  Apparently, there are quite a few of these on the east coast because as we walked inside, there was a sticker on the door that said “location 971”.   They cheerfully greeted us and showed us to a table.  The Waffle House was not super clean, and the food was far from healthy, but it filled our stomachs. 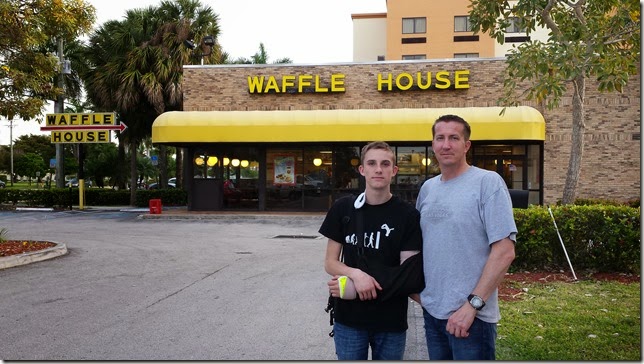 At breakfast we decided that we were going to take a drive out to the Everglades.  The Everglades are about a 45 minute drive from Ft. Lauderdale, and there are alligators there.  We don’t have alligators in Utah either, so we loaded into the car.

The Fort Lauderdale area is pretty easy to navigate and pretty and green {in the springtime, anyway}.  On the way to the Everglades, we drove past the new Ft. Lauderdale LDS Temple, which was cool. 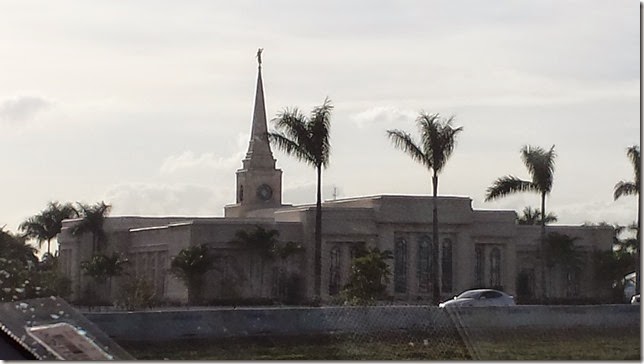 The Everglades are huge and have a large variety of plant and animal life.  Since we were limited in our time, we decided to visit Holiday Park.  Holiday Park is the location of the TV show Gator Boys.  I haven’t ever seen an episode, but apparently that’s the place. 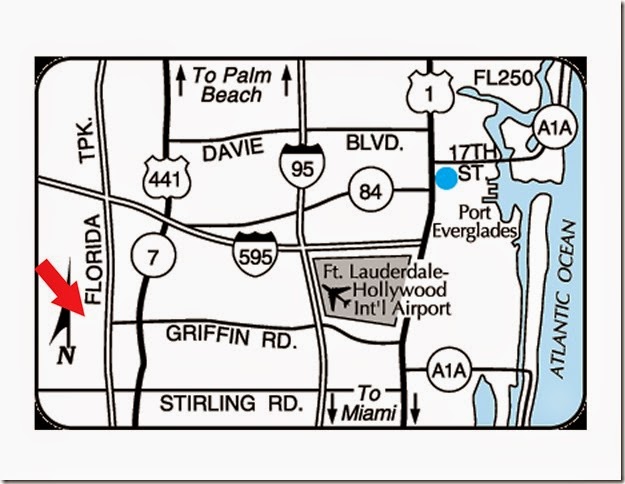 When we got there, we signed up for an airboat tour and chatted up some retirees who were fishing off the dock. 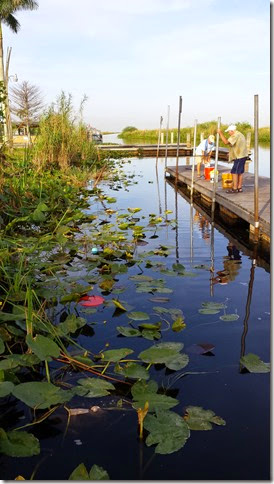 The airboat tour was really cool, and if you go to Holiday Park, it’s worth the money to do.  Not only did we see alligators, but we saw all kinds of cool birds and vegetation. 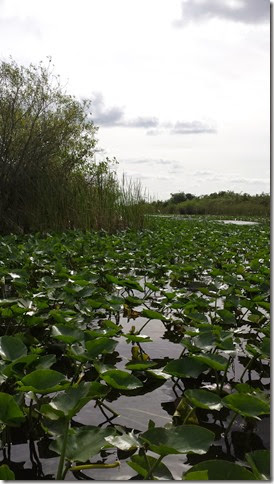 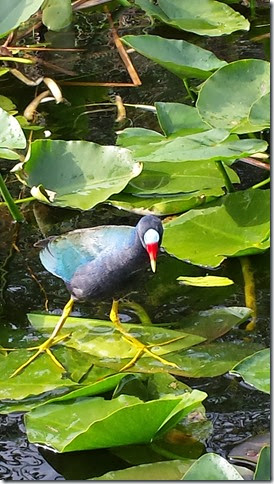 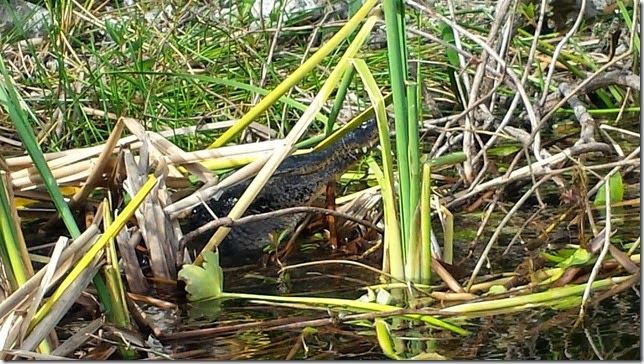 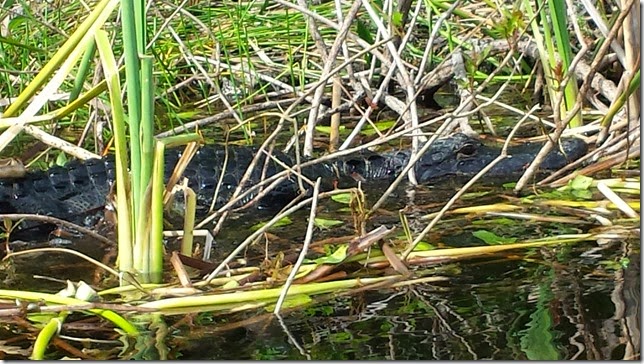 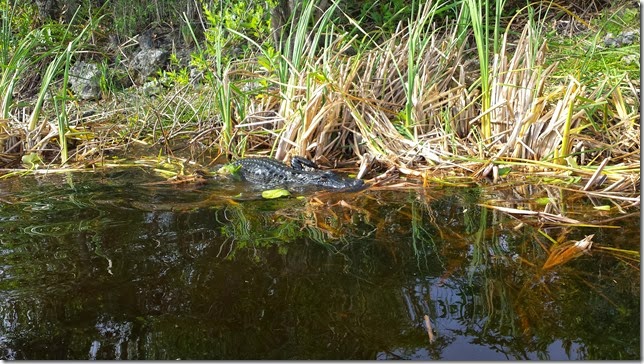 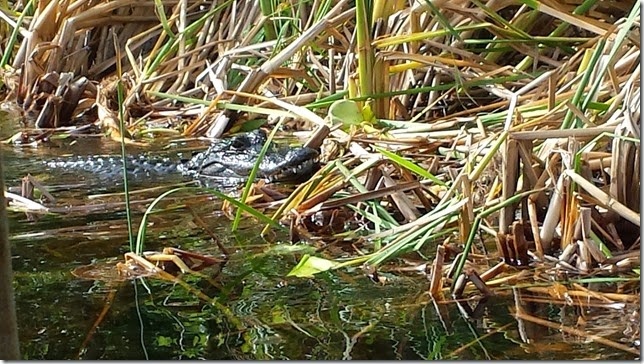 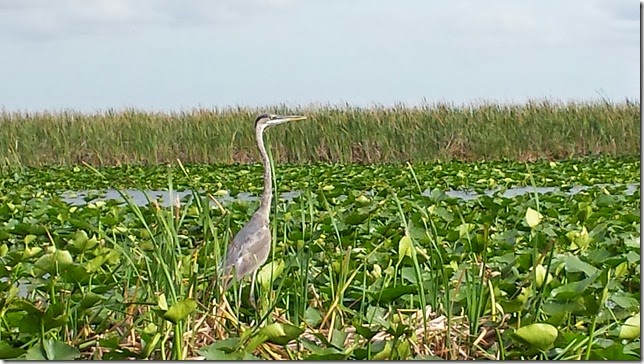 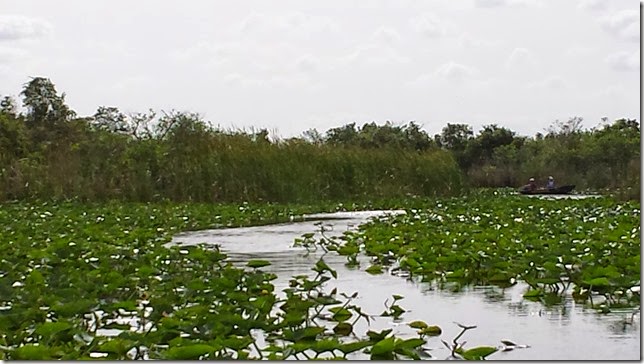 And we got to ride in the airboat.

After our tour, we got suckered into purchasing our touristy Airboat Tours picture {mostly because I thought my hair looked pretty good in it} 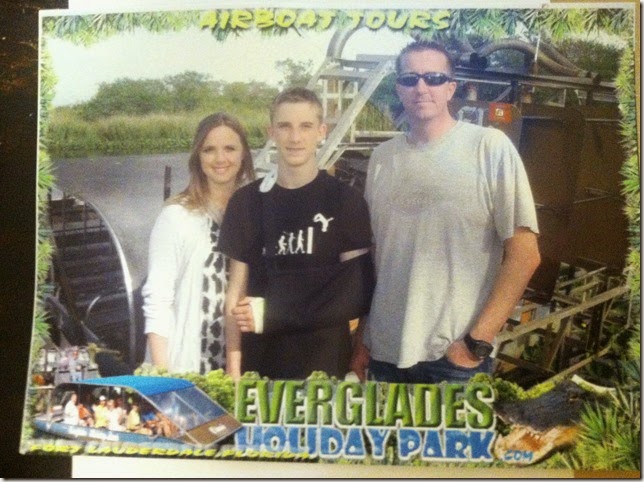 and then we went to see a short show with the girl from Gator Boys.  She did some dangerous/dumb/cool tricks with some of the rescued gators, and then we paid more money to get our picture taken holding a gator.

So yes, in the end it was an expensive little place, but very cool. 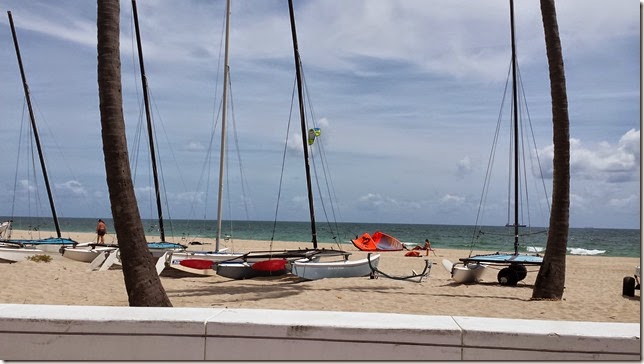 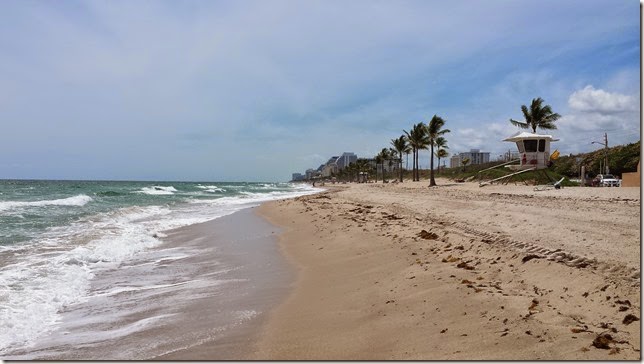 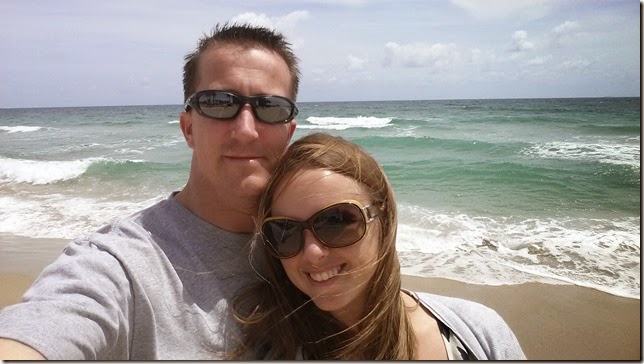 After the beach, we found a Cuban restaurant, where the food was just so-so, and then went back to the airport to catch our flight.

Despite the food, Ft. Lauderdale was nice.  Next trip will include more beach time, a trip to the temple, and more exploring.

Posted by Kathy@mishmashmom at 12:52 PM No comments:

Our physical bodies need food to survive.  We eat breads, fruits and vegetables, meats and dairy, and sometimes treats.  When I go for too long without food, I get grumpy and tired, and my body and mind don’t seem to work as well.

Our spirits also need food to survive.  We read and ponder the scriptures, pray sincerely and attend our meetings.  We try to help others and we partake of the sacrament.  When I go for too long without spiritual food, I get impatient and apathetic, and my spirit feels far away from home.

Jesus Christ is the Bread of Life.  We should look to God each day for help, both physically and spiritually.  He knows us.  He loves us.  He wants to help us.  He wants us to know Him. 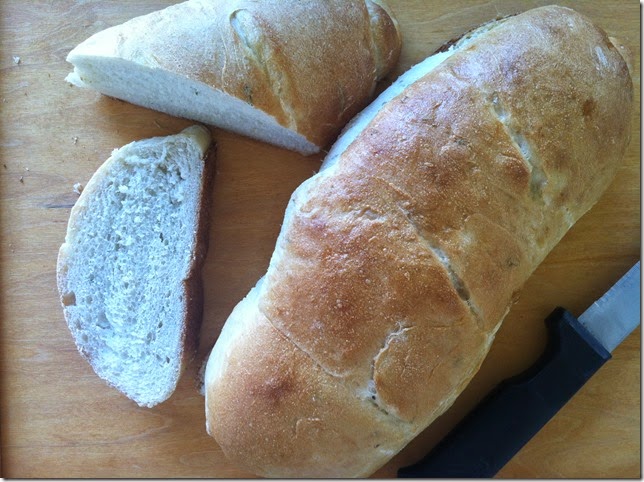 I once had a wonderful visiting teacher named Margaret.  She visited every month without fail and would always come with a thoughtful message.  Though we were very different in our day-to-day circumstances, we shared many interests and I loved having her visit and share spiritual bread.

Margaret was also an excellent baker, and shared with me her recipe for Rosemary French Bread, which I made for my sisters this month.

If you are in a pinch for time this month and can’t take the time to make bread, feel free to purchase a loaf of your favorite bread instead to share with your sisters. 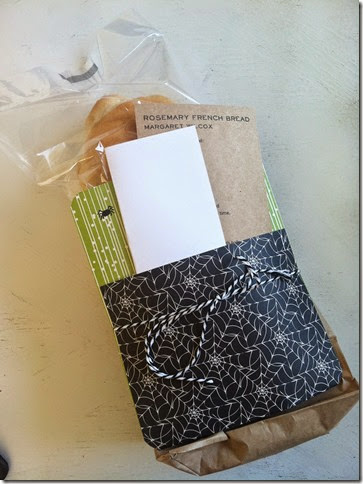 I packaged my bread in paper bag, cut in half and tied with twine.  I made a little paper pocket to put Margaret’s recipe with the message.

If you would like to make your own little pocket, just cut a 12x12 inch sheet of cute paper that is printed on both sides in half, so you have two pieces measuring 6x12 inches.  Fold one side up and secure with staples.  Print the message and the recipe and tuck inside.

Posted by Kathy@mishmashmom at 2:12 AM 5 comments:

Promote Your Page Too